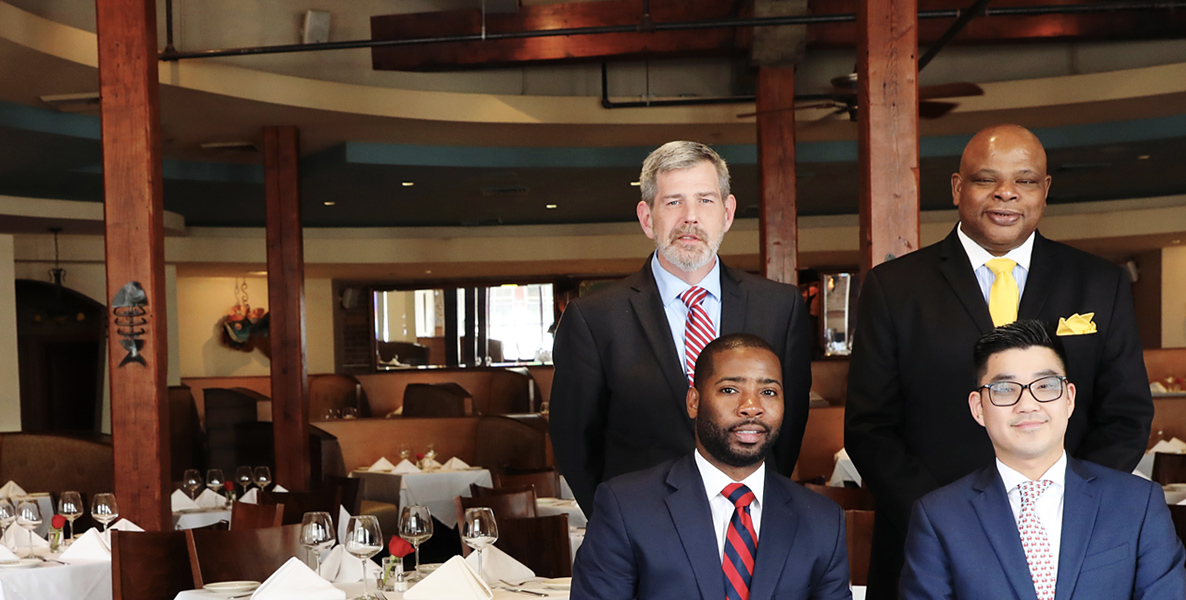 Kyo has been a key member of GW Fins’ Service Management Team for the past decade.  He came to GW Fins with extensive fine dining restaurant management experience, working at several highly respected New Orleans restaurants.

Ashton is a native New Orleanian, born in the heart of the historical Faurbourg Maringy area in downtown New Orleans. Over the past 16 years, he has worked every position in the front of the house, gaining a great deal of knowledge and a wide skill set in the industry. He began his career working for Chef Emeril Lagasse, before joining GW Fins in the summer of 2010. Ashton earned the respect of his colleagues through his work ethic and leadership skills and quickly became a Mission Master and trainer for the company. With his experience and knowledge, Ashton continues to create Raving Fans of our guests as a manager.

Doug has worked in the restaurant industry from the time he was a teenager growing up in Kentucky. His talents are multi-faceted, evident in the fact that not only has he held management roles for both family-owned restaurants and major hospitality corporations, but he attended Pastry School as well.

Initially, Doug held a variety of positions in kitchens working his way up to Kitchen Manager in Chicago and Charlotte restaurants. Once he transitioned to working in the dining room, it became exceedingly clear that he held a passion for providing excellent customer service and excelled in this role.

Doug has worked at GW Fins since February of 2010, first as a server, then as a manager. His enthusiasm for providing excellent customer service fits right in line with GW Fins’ philosophy of creating Raving Fans.