Did You See GW Fins’ Chef/Owner, Tenney Flynn, On Live With Kelly & Ryan?

We are so honored that ever since Chef Tenney was a guest on their show a decade ago, the hosts and producers of Live With Kelly and Ryan have been big fans of GW Fins, dining with us every time they are in New Orleans.

So when the producers caught wind that Chef Tenney had a cookbook about to be released, they immediately wanted to have him as a guest on the show – even before the book was released.

During the show which aired on Thursday, June 20th, Chef Tenney taught Kelly Ripa and her husband, Mark Consuelos how to prepare Parmesan Crusted Flounder with Crabmeat and Asparagus, one of the dozens of fabulous recipes in his soon-to-be-released cookbook, The Deep End Of Flavor.

The book will be available at GW Fins beginning August 13th and it is also being sold now on pre-order at Amazon, Barnes & Noble and Independent Bookstores.

Do You Have Gently Used Children’s Books At Home? Join Our Book Drive! 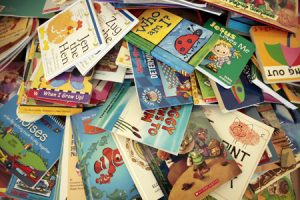 Last year we initiated a literacy program with the New Orleans Police Department, and things have sure taken off.  The little free libraries that we have placed in the first, third and sixth Police Precincts have been busy with activity – many children have been coming into the precincts to take one of the free books home to enjoy.

We’ve re-stocked each of them several times, but now children of all ages – including pre-teens and teens are enjoying the books too.  In addition to increasing their interest in reading, this activity is forging a positive relationship with officers – achieving exactly what this program set out to do. 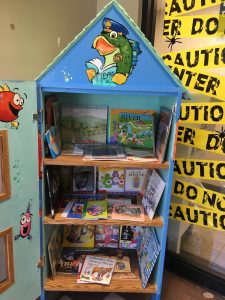 If you have any gently used books at home that you are looking to give a new life to, please consider donating them to our NOPD literacy program.

You can drop off the books at GW Fins any time between 12pm and 5pm, seven days a week.  Just give us a call at the restaurant, 581-3467 and let us know that you are dropping them off.

We greatly appreciate your help and participation.  Thank you so much!

Thanks To Your Support For Our YEP Dinner (Youth Empowerment Project) – We Raised $8,600 And Sent 10 Kids To Summer Camp 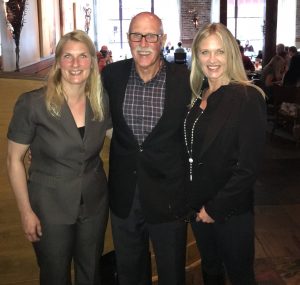 We recently held a fundraising dinner to raise money for YEP’s Summer Program.

Through our combined donation (Gary Wollerman matched the proceeds from every dinner ticket purchased) of $8,600, we were able to send 10 local New Orleans children to YEP’s Summer Camp Program.

Thanks to your support, each of these children will receive a nutritious meal, enrichment activities, and a structured educational environment every weekday through the summer.

Pictured above is YEP’s Founder and Executive Director with GW Fins’ Gary Wollerman and Marin Wollerman, who both spearheaded the organization of the fundraising event.