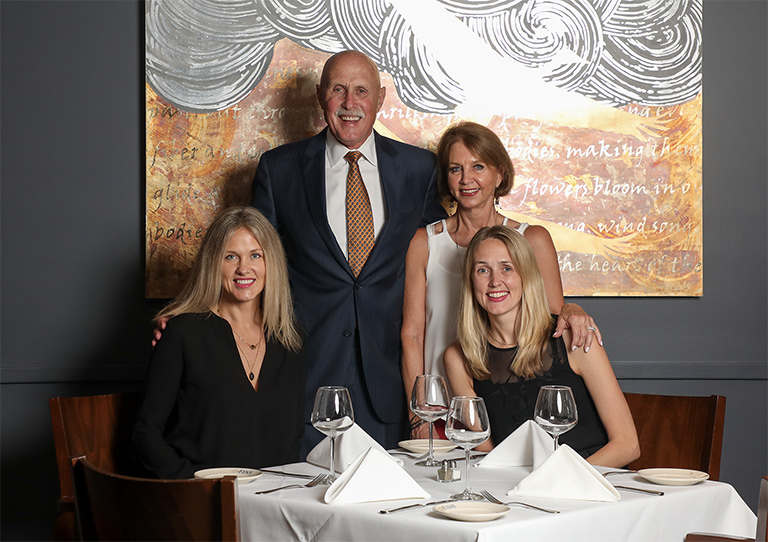 As the owner of GW Fins, Gary Wollerman’s perfectionist attitude and his unyielding work ethic have earned him the reputation as one of the hardest-working restaurant owners in New Orleans, and have in turn, merited GW Fins with the distinction of being New Orleans’ premier fine dining seafood restaurant in a city known for its exceptional seafood.

A seasoned fine dining restaurant executive, Wollerman was Vice President and Chief Operating Officer of Ruth’s Chris Steak House. Modeling GW Fins on the system he created at Ruth’s Chris, Wollerman’s focus and passion every night is ensuring that every guest has the ultimate dining experience. The philosophy he has woven into the culture at GW Fins is to “Create Raving Fans” for both guests and employees.

“My nightly goal at GW Fins is to have each guest enjoy such a positive dining experience that they will then emphatically tell others to dine at GW Fins, and of course, return to dine with us again.”

Gary opened GW Fins in March of 2001 together with his wife Patti Wollerman, who has worked in the restaurant industry for more than 30 years. During her impressive career, Patti has spearheaded national corporate training programs for several restaurants.

Patti’s focus is also to create a Raving Fan out of every guest who dines at GW Fins. You will often find her at the front desk warmly greeting every guest as they walk in and thanking them for their support on their way out.

When Gary and Patti Wollerman opened GW Fins, they had three kids who were 11, 16, and 19 at the time. When you ask their children Marin, Cole, and Rhegan what their first memory of the restaurant is – it is the moment their parents brought them into the empty warehouse in the French Quarter that would eventually house their parents’ long-time dream, GW Fins. The vision was hard to see when looking at bare concrete walls and floors and exposed metal posts, but they quickly realized their parents had something wonderful in mind.

Marin Wollerman, the Wollermans’ oldest daughter, received her Hospitality Management degree from the University of Mississippi and began her career working with the eminent Los Angeles based restaurant company, Innovative Dining Group.

After acquiring this valuable experience, Marin returned to New Orleans and GW Fins. Since then, she has worked in numerous positions including food runner, hostess, service assistant, bartender and currently works as the Director of HR and Accounting.

Younger daughter, Rhegan Wollerman Yeager, graduated from Louisiana State University with a bachelor’s degree in education. After moving abroad to teach in Istanbul, she returned to New Orleans and has worked in various capacities at GW Fins during the past several years and has fully immersed herself in the restaurant industry. Rhegan currently manages the restaurant’s group sales, as well as its online marketing, overseeing the success of GW Fins’ digital presence.