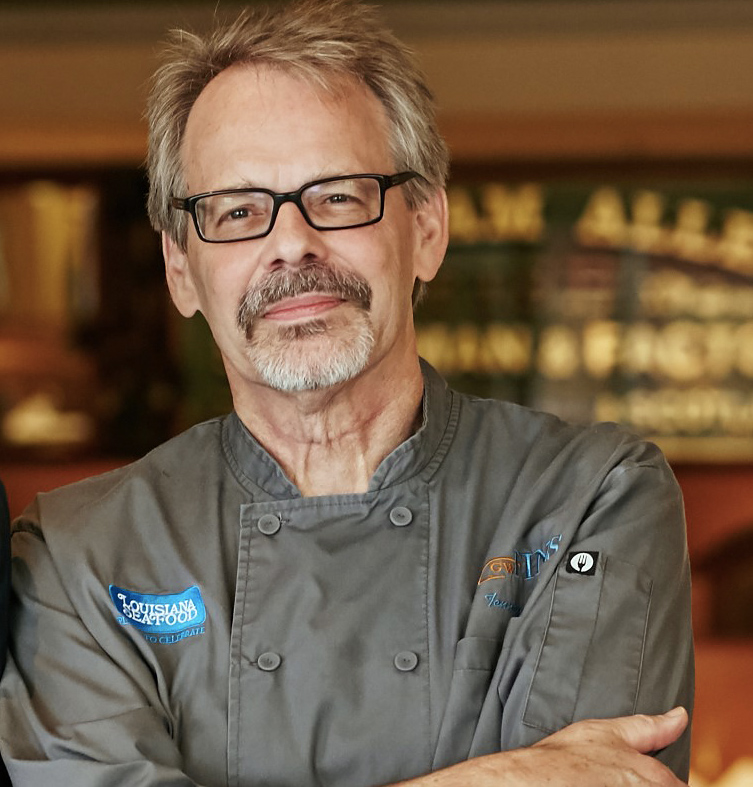 We wouldn not be where we are today without our founding Chef, Tenney Flynn, and his seafood acumen and creativity.

During his many years at GW Fins, Chef Tenney Flynn became known as one of the country’s foremost seafood authorities, being referred to as “the fishmonger czar of the South” by The Wall Street Journal, as well as being a nationally recognized expert on Gulf Seafood.

Chef Flynn was responsible for crafting many of GW Fins’ time-honored dishes such as our Lobster Dumplings, Barbecue Shrimp, Seared Scallops with Wild Mushroom Risotto, Parmesan Crusted Fish, Seared Yellowfin Tuna with Sweet Soy Butter and many others.

He served on the Board of Directors of the Louisiana Seafood Association, spearheaded The Audubon Nature Institute’s GULF (Gulf United for Lasting Fisheries) Chef’s Council as its Chef Council Chair, and was an avid spokesperson on the eradication of Lionfish through spearing and making them a popular offering on today’s menus.

Flynn has been asked to judge national seafood competitions and provide cooking demonstrations for fellow chefs and consumers. Chef Flynn is a two-time winner of “New Orleans Magazine’s Chef of Year,” and has made appearances on dozens of television shows include “Top Chef,” “Live With Kelly” and “Fox & Friends.”

We thank him for establishing our culinary foundation and being a great partner. We wish him the best in his retirement.